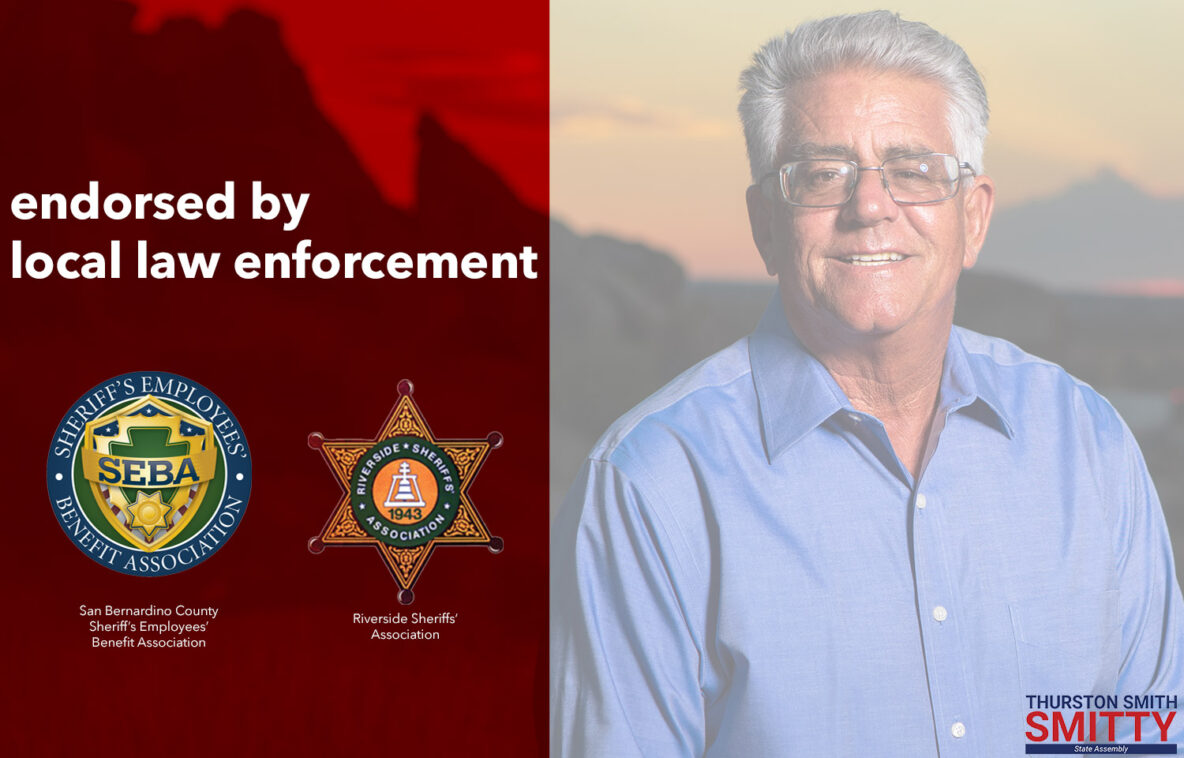 APPLE VALLEY, CA – Assemblyman Thurston “Smitty” Smith announced Tuesday that he had received the endorsement of the Riverside Sheriff’s Association in his campaign for California’s 34th Assembly District.

“For far too long, Sacramento has been soft on crime, and I will be a key advocate for our law enforcement officers by giving them more tools, not less, to keep our communities safe,” said Assemblyman ‘Smitty’ Smith.